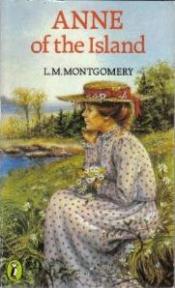 Titel
Anne of the Island
Sprache
Englisch
Verlag
Puffin Books
Jahr
1985
Seitenanzahl
292
ISBN
0140314636
EAN
9780140314632
Ausgabe
Taschenbuch
Auflage
4
Inhalt/Klappentext
When Anne Shirley, the red-haired orphan, first came to Avonlea she had made some good friends with whom she had sworn eternal loyalty.
But now they have all grown up and these same friends are getting married and moving away, leaving Anne lonely and anxious. Matters aren†™t helped either when people keep teasing her about her childhood friend, Gilbert Blythe, and suggesting that there†™s something special between them.
This sequel to Anne of Green Gables and Anne of Avonlea will be enjoyed by everyone who wants to know more about this engaging character.